A surprise in every box, no wait that’s Cracker Jacks. In Parry Sound it’s a surprise at every meeting of Council. It actually is quite like a box of Cracker Jacks, there is a surprise but it’s predictable and cheap.

As mentioned in this meeting’s preview post the two big issues facing Council this week were the protest regarding the dismissal of the volunteer Chair of the Downtown Business Association (DBA), and the installation of parking meters along Bay Street. How can you take those two items and wrap them together into one big surprise, and hopefully political salvation?

Well you start by quickly dismissing the possibility of parking meters on Bay Street after receiving town resident complaints and suggest that Staff was premature in bringing it forward to Council as a by-law amendment. This is despite the fact that Council on March 24th had approved a budget that included a $50,000 line item for the installation of meters on Bay Street. Given the scrounging to find expense savings it’s hard to argue that Council’s intention wasn’t to install meters. If Staff erred it was in being a little too responsive. Whew, one problem solved. But no surprise yet.

The next step is indirectly addressing the issue of the DBA volunteer Chair’s dismissal, which is not dying down as quickly as some members of Council would like. Although not an agenda item it is clearly a ‘political’ issue, in an election year. With members of the DBA unhappy with Council’s action as evidenced by DBA board member resignations and DBA members asking for explanations, you need to throw them some sort of concession. How about a suggestion that Council will ‘seriously’ consider removing all parking meters, not just in the downtown, but everywhere? That should keep them happy, obfuscate the DBA Chair dismissal issue, and help reelection prospects.

Oh, cruel irony. The removal of parking meters in Parry Sound was precisely the recommendation put forward two years ago by the Chair of the DBA who was recently dismissed by Parry Sound Town Council. This was a recommendation rejected by Council, without any serious consideration, as they raised the parking rates. (For the record I believe, based on published studies, that metered parking actually enhances business by turning over parking spots. If most of the spots are filled with ‘all-day’ parkers it is likely that the person needing to pick up something at the paint store or do some serious shopping and finding no parking, free or metered, is likely to head over to one of the big box stores where their time won’t be wasted looking for a parking spot. Spending a quarter on parking when you are spending $30 on a can of paint is not a financial disincentive. Heck, if it’s going to take ten minutes there is a 99.8% probability you won’t be ticketed. The person who needs to worry about tickets isn’t really the shopper but the employee who needs to park all day, every workday.)

This whole issue is starting to take on a mythological theme. “She was sacrificed so the DBA might gain parking concessions from Council.”

It’s an election year and I expect to see all sorts of silliness. Like a box of Cracker Jacks there really is nothing free at the bottom of the box, you pay for it, one way or another. 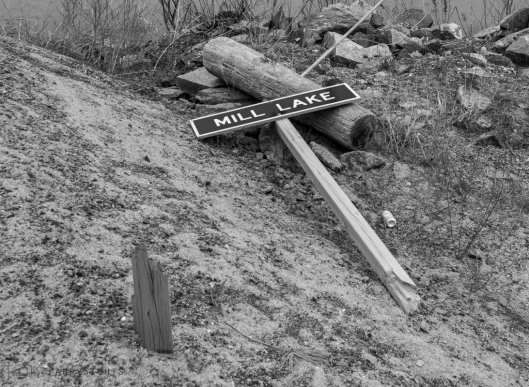 As always check the Town of Parry Sound website for the complete meeting agenda packages and the minutes.