As mentioned in the last post here is a very short follow up to my Council notes based on the issued minutes.

All of the items put forward at the May 6th meeting were approved with the exception of Item 9.5.1, the Bay Street Retaining Wall. In the case of the retaining wall Council decided to go forward with tendering for the project and it will then decide on the source of funds to pay for it once the project was approved. I guess they were a little chagrined to be dipping into the Rate Stabilization Fund so soon after approving the 2014 budget. But the wall will be rebuilt, hopefully without dipping into the Parry Sound Power funds. (Although it’s really all the same, it’s just a matter of ‘optics’.)

The Back Hills of Parry Sound. (Parry Sound in Black & White) 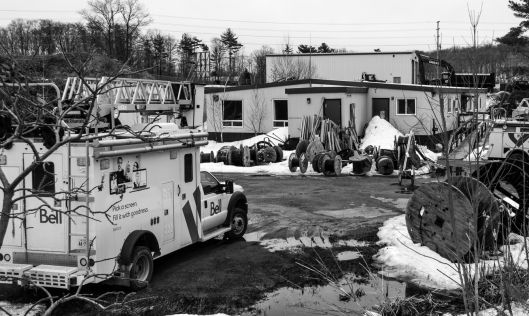