I was originally going to send this as a letter to the editor of the Parry Sound North Star in response to their editorial titled “To fluoride or not to fluoride”. The editorial suggested that Parry Sound’s decision to continue with fluoridation was perhaps a hasty decision and one that limits our right to choose. Here is what I had drafted before deciding to post it on this site.

Fluoridation should be the least of anyone’s concerns in the West Parry Sound District. Unless you live in the Town of Parry Sound you have nothing to worry about, it’s your well and your water. You get whatever the ground decides to deliver to your faucet. You do get it checked don’t you? Wouldn’t want to have the environment sneaking any fluoride into your water, or some nasty coliform or E. coli. You may have an issue with fluoride though if you sneak into Town and fill up water for the cottage because you are not so comfortable with what you pump out of the ground or the Bay.

Even drinking groundwater in the Greater Parry Sound area may not eliminate fluoride. Lake Huron, including Georgian Bay, is an area that is associated with higher levels of fluoride in groundwater. It’s related to the Canadian Shield.

But if you are in Town you don’t need to put up with fluoridated water. You can buy fluoride free drinking water in multi-gallon containers for pennies a day. But make sure to check the label; much of the bottled water sold is sourced from fluoridated municipal water systems or areas where there are naturally high levels of fluoride. Oh, but what about washing? Your dishes, clothes, car, driveway and skin won’t know the difference. The added chlorine is much more of an issue than the fluoride.

This issue of fluoridated water for some is not a health issue; it’s about choice. You do have a choice. You can choose to live in a surrounding municipality without a fluoridated public water system. You have the ability to drink ‘fluoride reduced’ water with little or no real effort. Why deny the rest of the population the well-documented benefits?

The imposition of fluoridated water seems a violation of our human rights to choose what we do and don’t put into our body. You can choose not to drink fluoridated water and you won’t be fined or punished. It’s a nuisance perhaps, but if you feel it’s important you won’t mind the little bit of extra effort or cost. But if you like to complain about your rights being trampled – carry on. How do you feel about seat belts laws? Should we allow the commercial distribution of unpasteurized milk? Forced pasteurization, where does that rank on our right to choose? Buying fluoridated water seems much less trouble than keeping a cow. (Actually it’s not an option, you can’t keep a cow, chickens or any livestock in the Town of Parry Sound.)

We all like living in a society with laws, rules and regulations, unless of course we don’t agree with them. Then they become unfair and not well reasoned. The no fluoride proponents were provided with ample opportunity to present their case why the Town is disadvantaging the residents by fluoridating the local water supply. There were no presentations made against fluoridation, nor was there anyone against fluoridation in the council chambers to listen to the debate. Their opinion might have changed upon hearing the evidence. It’s not a hasty or poorly considered decision when the evidence is substantial.

Elected officials and public servants are neither idiots nor operating with an agenda to reduce the IQ of children by fluoridating water. They operate on the basis of the best available evidence provided through rigorous studies and statistical analysis to provide the best care that we can afford. If you disagree it’s easy and cheap enough to buy non fluoridated water at the store or go bum some off of a friend in the surrounding municipalities. Just be sure they get their water checked.

Speak Out. You Can Make a Difference. (Parry Sound in Full Colour) 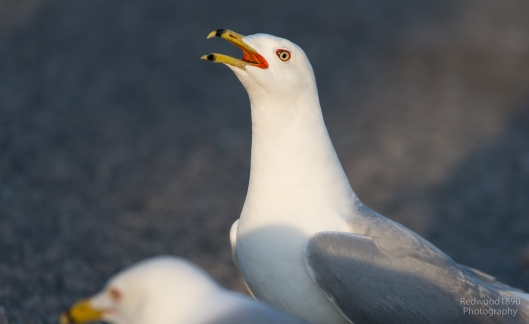