It’s a very, very light agenda this week and I have identified in the section below those items that are of most interest, to me at least, with a few comments.

I’ll use the introduction to discuss an issue that is not on the agenda but came out as a news item. Fool me once shame on you, fool me twice, shame on me. It’s about the toilets on Seguin Street almost directly across from Parry Sound Town Hall being vandalized for what seems to be the fifth time in the past year. The last time we had an ongoing issue like this, vandalizing of the pumping station across from the high school, the Town took action and set up a camera. Along with discussion and education, it brought results. I think it’s time to do that once again, only this time the setup would be much easier. I wonder if these individuals are also responsible for the damage at Tower Hill, the baskets on the bridge, and the Waubuno Beach toilets. I realize that common wisdom is to just fix the damage and that with time the individuals will either grow up, leave town, or grow tired of the activity. But I believe enough is enough. Let’s invest a little bit of time and effort to sort this out.

On another topic I read in the North Star on Wednesday the 12th that the CN Police have jurisdiction 500 metres on either side of the railway track. I guess that is so they can pursue individuals and make an arrest. A bit like in the southern police TV shows where the sheriff and deputy were restricted to conducting chases only as far as their county line. But, if we do have CN Police jurisdiction out to 500 metres perhaps we can reduce our OPP service and save a few bucks. (Just kidding of course. But it means all of my property is under the jurisdiction of the CN ‘brown shirts’. Presumably they can trespass at will. Authority but no real responsibility is not a desirable situation.)

4.2 – Wendy Pegahmagabow, Executive Director, Harvest Share Re: Reinstatement of Charitable Status for Harvest Share. I’m glad to see that this has been fixed up. It’s a good organization that deserves our support, and the tax deduction makes it a no-brainer.

4.6 – Dianna Allen, resident. Re: Request for Council to consider amendments to the Zoning By-law to allow Parry Sound residents to have backyard hens. I think I support this even though I have no intention of taking advantage of any by-law change. Let’s just make sure the number of chickens is limited, perhaps as a percent of the property square footage. The next question of course is, what about ducks and geese? Lambs and goats? I think it’s manageable but needs some reasonable limits. Will it attract wildlife is another question that needs to be addressed.

Resolutions and Direction to Staff

9.6.1 – Feasibility of Establishing a Compost Facility. Direction. That the Director of Public Works be directed to prepare a report and recommendation on the feasibility of establishing a commercial, institutional and multi-residential composting facility for consideration during 2017 Budget deliberations. This makes sense to me, especially with the bear issues we are facing and the attraction of backyard composting. But a central composting facility would be gull and bear magnet. There are never any easy answers, even if intentions are good.

I may not attend this week’s meeting given the light agenda and the rapidly disappearing evening light. 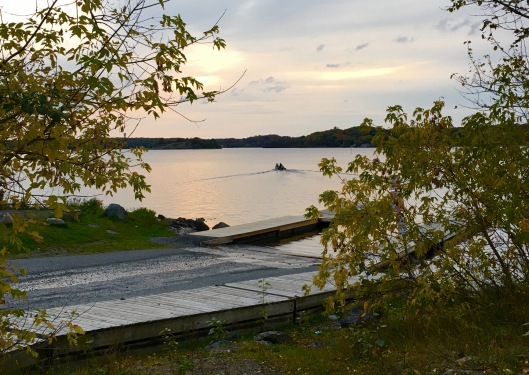