Well, last night meeting of Parry Sound Council was about as interesting a session as I have experienced in the past five years. The only exception might be last year’s fluoride sessions. Watching the crowd milling around the hall before the meeting it was jokingly asked if fluoride was on the agenda. The meeting met expectations in terms of entertainment value. It’s worth reviewing a few of the ‘acts’.

Belvedere Parking
There was a deputation by Donna Dellio, Chief Executive Officer Belvedere Heights (‘Belvedere’) concerning the issue of parking on Belvedere Avenue. Ms. Dellio’s deputation was in support of the existing traffic pattern to ensure there were adequate parking spots available for the public, staff and suppliers. I took exception to her deputation on two points that I believe are either incorrect or inappropriate.

Whether or not there is a need for one or two-way access on Belvedere Avenue is immaterial to me. But let’s not be loose with the facts to support a particular position.

Closed Session Discussions and Decisions
There was an interesting by-law approved last night that flew right over the head of anyone at the meeting. After the RBC move was discussed and voted on, Council moved to the regular session. One of the first actions of Council was to vote upon a by-law that had been discussed and agreed in closed session. It presumably concerned the agenda item:

c) a proposed or pending acquisition or disposition of land for municipal or local board purposes. (Property Purchases)

There was no discussion or explanation of the by-law during the meeting. It was simply brought forward and voted upon. After the meeting I spoke with the Clerk and asked to see the by-law. The by-law was an offer to purchase a property in the boundaries of Parry Sound from a government agency (I don’t recall the details). Turning to a couple of the Councillors after the meeting I asked what it concerned and why there was no discussion or explanation of the by-law before or after it was approved. They seemed a little hesitant to offer any details until I indicated it was approved as by-law so it was in fact public. They offered the barest of details, but enough to sniff what’s going on. I have in the past requested that Council be fully transparent with respect to items that are ‘agreed’ in closed sessions and simply brought forward to open session without any opportunity for the public to offer input, much less understand what’s going on.

There is something going on that also has an impact on the 2017 Parry Sound Budget. I have a sense of what it is and I’m surprised the Town hasn’t provided more information to the public. Perhaps it’s supposed to be a SURPRISE. I’m not sure how you feel about surprises, but I’m not a big fan of them when it comes to things that may impact my pocket book, in the near or long term.

I’ll see if the Town offers more information in the next week or so, either through a press release or an ‘interview’ with one of the official media outlets, before I offer what I’ve managed to discover. There is no conspiracy here, just a seeming desire of Staff and Council to get things done out of the view of the public. It surprising how many people think it’s easier to get things done in the dark. Well actually it’s about keeping others in the dark. That’s why we have Sunshine requirements.

Royal Bank of Canada Move
This was the big item on the agenda. The bank wants to move from their current location at the Mall to the Oastler Park Shoping Plaza (Walmart plaza). Any move would require approval by Council, an amendment to the Town’s Official Plan, and approval of the amendment by the Province. There was quite a bit of confusion and drama surrounding the decision that I won’t go into, I’ll leave it to the ‘official’ media to cover it. It’s the kind of news that captures online clicks. The bottom line is that no final decision was made and it will be back on the December 20th agenda. But I will make a few comments.

Woo-hoo the best free* show it town. Let’s see if there is a plan to set up reserved seating for the December 20th meeting. I’ll be there. 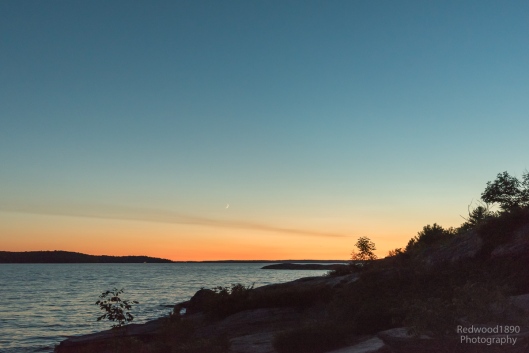